Sir Christopher Mallaby, former Chairman of the ECRF has passed away

It is with great sadness that the EORTC and ECRF have learned of the passing away of Sir Christopher Mallaby. He became a Trustee (2000) and the Chairman of the ECRF from 2001 to 2014. During the period of his Chairmanship, the Honorary Presidents of the ECRF were H.M Queen Silvia of Sweden, H.R.H Princess Astrid of Belgium and S.A.S Prince Albert of Monaco.

Sir Christopher Mallaby had a brilliant career in the British Diplomatic Service from 1959 to 1996, serving in many countries, in the cabinet of the Prime Minister Mrs Thatcher and as UK Ambassador to Germany and France where he was highly respected. Following his diplomatic career, he was worked for ten years as Managing Director of UBS Investment Bank.

Over the years, Sir Christopher remained very active helping many important non-profit organisations including the ECRF.

Count Diego du Monceau, Chairman of EORTC Cancer Research Fund since 2014 said:  “We would like to express our deepest appreciation to Sir Christopher Mallaby for his vision, his wisdom, his diplomatic skills, his generosity and for the amount of time he has spent promoting EORTC’s mission: increasing the survival and the quality of life of cancer patients. He was a great believer in collaborating across Europe to advance medical science.  We want to thank him, and we respectfully send our condolences to his family.”

“Since 1962, we have made many major breakthroughs in cancer that have changed thousands of cancer patients’ lives,” said Dr Denis Lacombe, EORTC’s CEO. “We are currently working on over 200 clinical trials across Europe and beyond. We are indebted to Sir Christopher Mallaby for his unwavering support to our mission.”

The ECRF is an independent non-profit association founded in 1976 under the honorary presidency of the late Prince Philip, Duke of Edinburgh. ECRF’s mission is to promote, encourage and support research on the treatment of cancer under the auspices of the EORTC. Over the past 46 years, the ECRF has raised millions of euros to fund EORTC trials and projects to develop new treatments and care that have increased survival and quality of life for cancer patients. The grants and donations that power our work come from a diverse range of supporters, from institutions and foundations to the private sector and generous individuals across Europe and around the world. Since 2021, ECRF is privileged to count HRH Princess Dina Mired as its Honorary President. 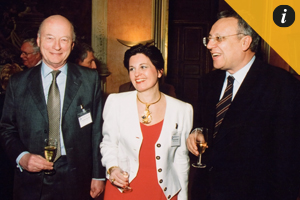 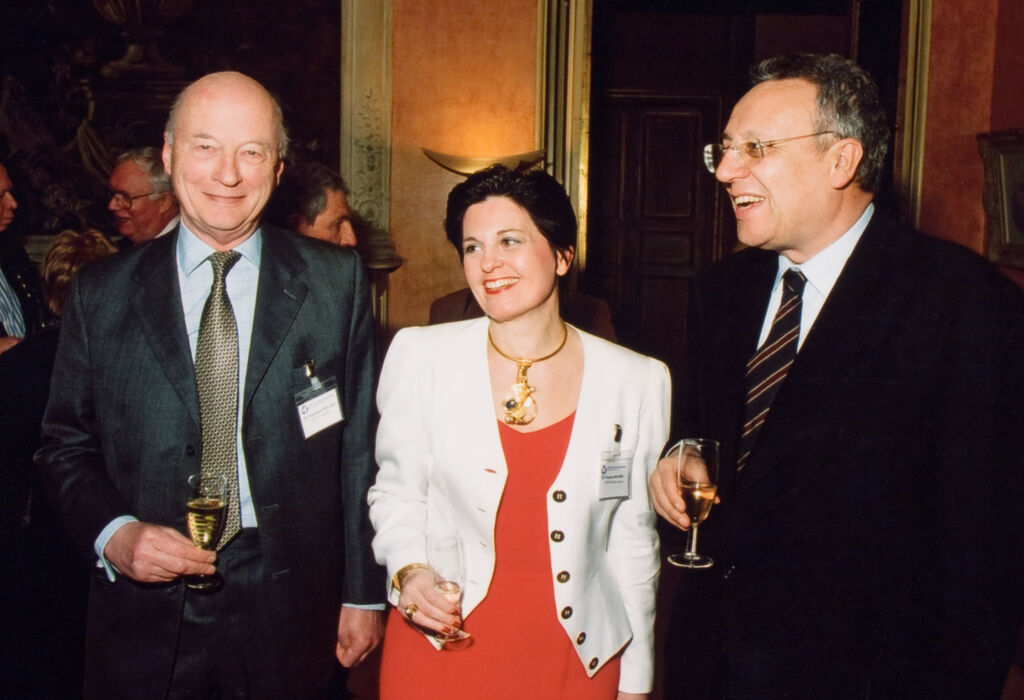 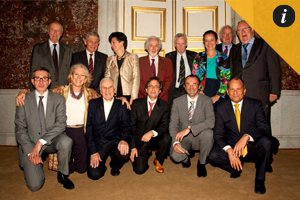 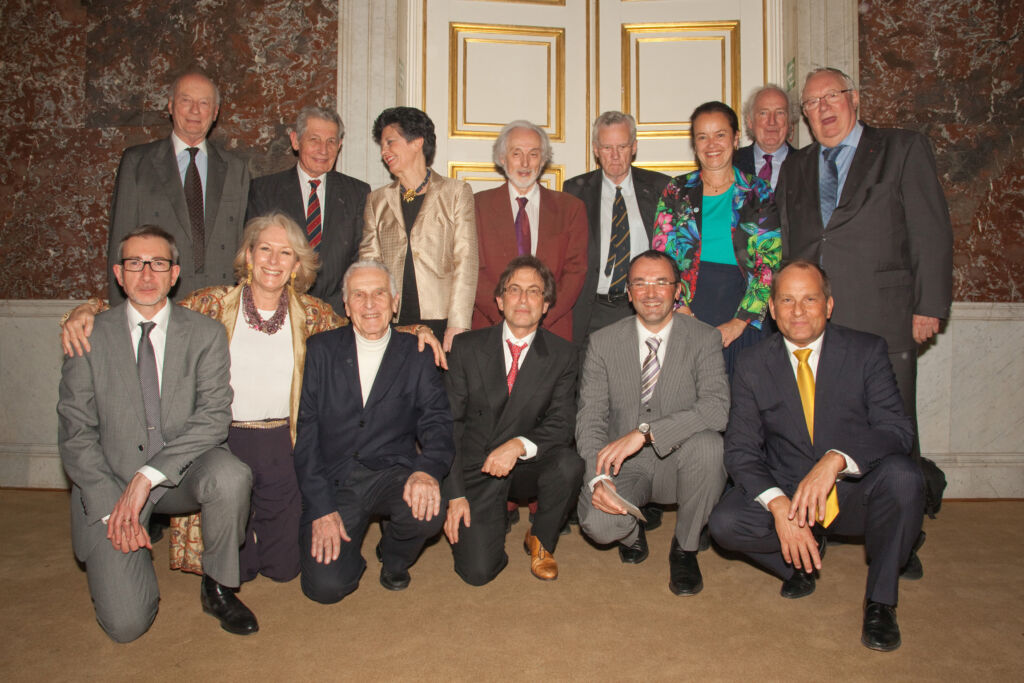 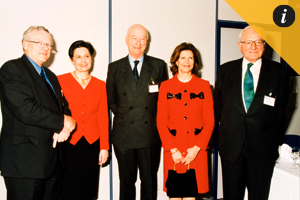 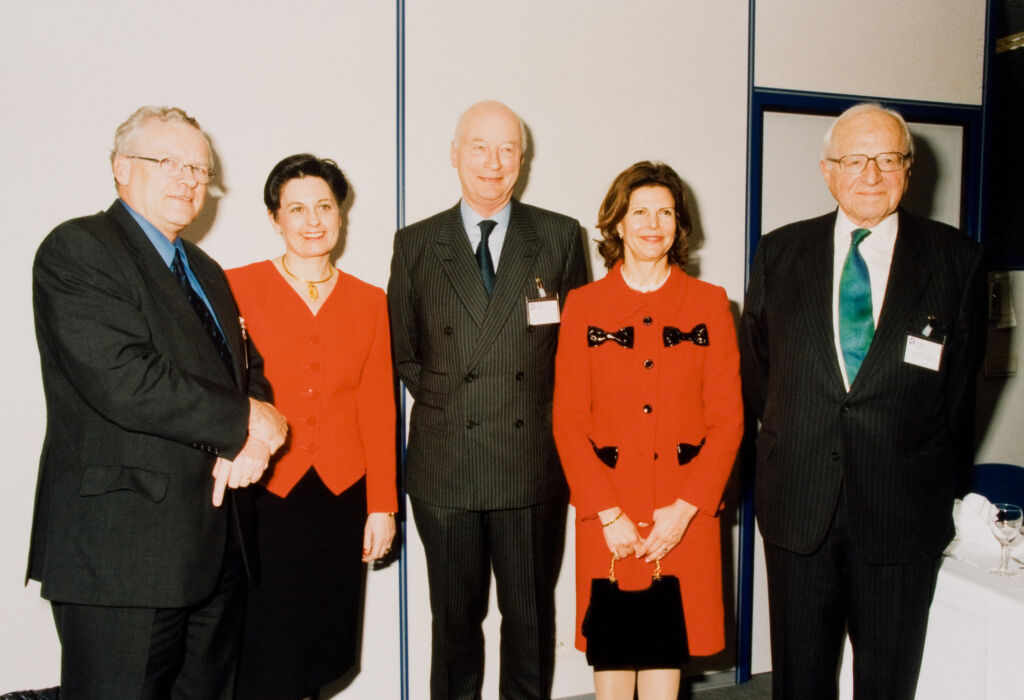 You can also help support EORTC’s game-changing clinical research to unleash scientific breakthrough and transform cancer patients’ lives. Learn how to GET INVOLVED, or Make a Contribution Now.

Powered by Convert Plus

We use cookies on our website to give you the most relevant experience by remembering your preferences and repeat visits. By clicking “Accept All”, you consent to the use of ALL the cookies. However, you may visit "Cookie Settings" to provide a controlled consent.
Cookie SettingsAccept All
Manage consent

This website uses cookies to improve your experience while you navigate through the website. Out of these, the cookies that are categorized as necessary are stored on your browser as they are essential for the working of basic functionalities of the website. We also use third-party cookies that help us analyze and understand how you use this website. These cookies will be stored in your browser only with your consent. You also have the option to opt-out of these cookies. But opting out of some of these cookies may affect your browsing experience.
Necessary Always Enabled
Necessary cookies are absolutely essential for the website to function properly. These cookies ensure basic functionalities and security features of the website, anonymously.
Analytics
Analytical cookies are used to understand how visitors interact with the website. These cookies help provide information on metrics the number of visitors, bounce rate, traffic source, etc.
Advertisement
Advertisement cookies are used to provide visitors with relevant ads and marketing campaigns. These cookies track visitors across websites and collect information to provide customized ads.
Others
Other uncategorized cookies are those that are being analyzed and have not been classified into a category as yet.
SAVE & ACCEPT
Powered by